The Indian construction equipment industry is currently facing headwinds. The production and sale of equipment has fallen. Equipment manufacturers have reduced production targets. The road sector, the biggest driver of equipment demand, is witnessing a decline in project award. Nevertheless, given the government’s proactive and supportive measures, industry stakeholders expect a quick recovery from the current slowdown.

The construction equipment industry witnessed exponential growth between 2016 and 2018, driven by the increase in road construction and infrastructure development activities. This was in contrast to the prior three-year period (2012-13 to 2015-16) when the industry had hit a rough patch. 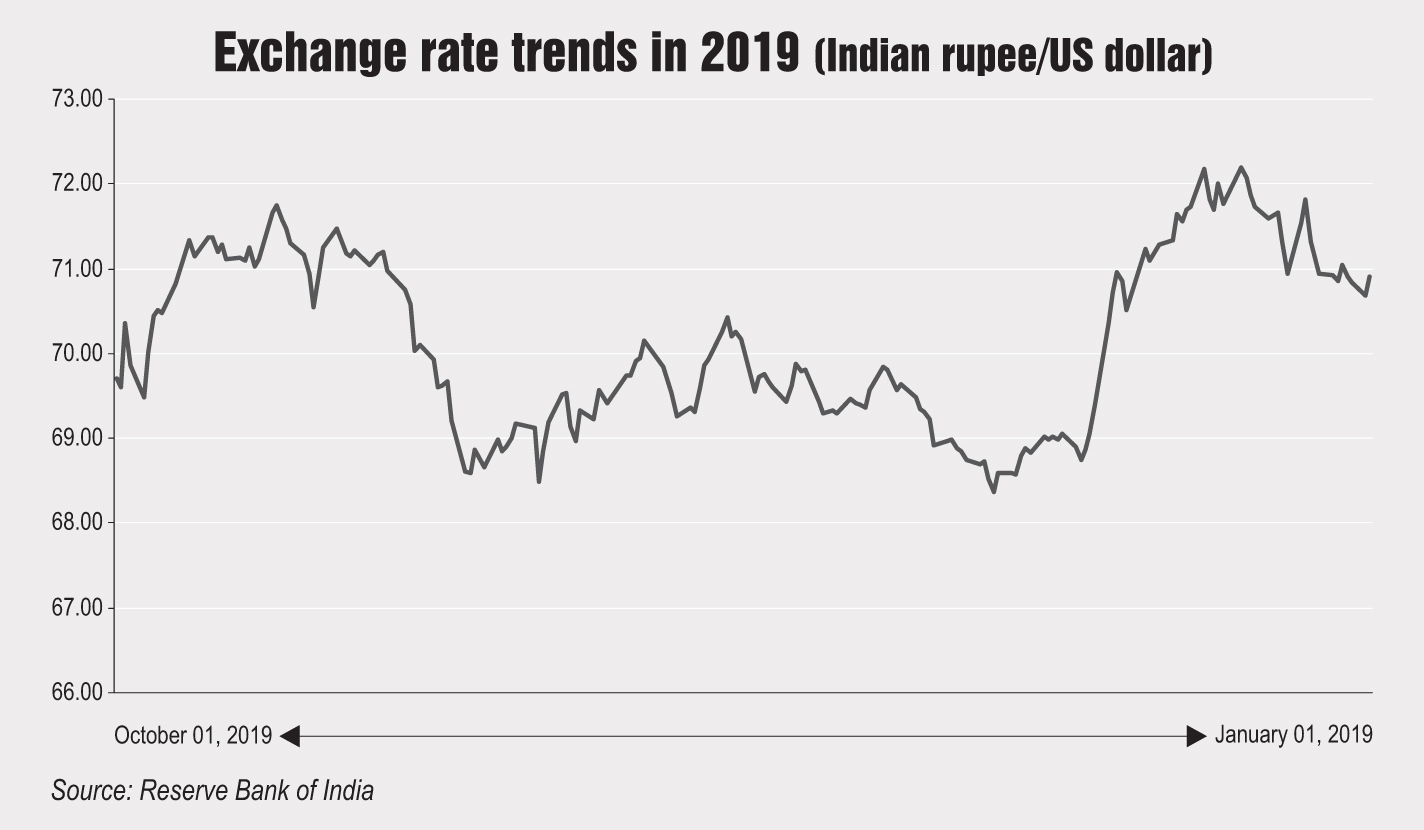 Highway construction has been the key driver of growth in the equipment industry, with mass transit, housing, irrigation and ports being the other important demand drivers. According to Off-Highway Research’s India Annual Review 2018, construction equipment sales in the country increased by 17 per cent in 2017-18, building on the 36 per cent growth witnessed in 2016-17. During 2018, the construction equipment industry registered a growth of about 30 per cent (in unit terms), driven by strong growth across all components, particularly backhoes and excavators.

However, due to the economic slowdown, the market took a downturn in early 2019. Industry experts attribute this decline to a number of factors such as the general elections, fall in project awards in the road sector, delays in payments to contractors, the lengthy and cumbersome land acquisition process, volatility in the Indian rupee vis-à-vis the US dollar, and financing constraints. As per industry estimates, till August 2019, industry volumes contracted by 16 per cent in key product categories such as backhoe loaders, excavators and wheeled loaders. 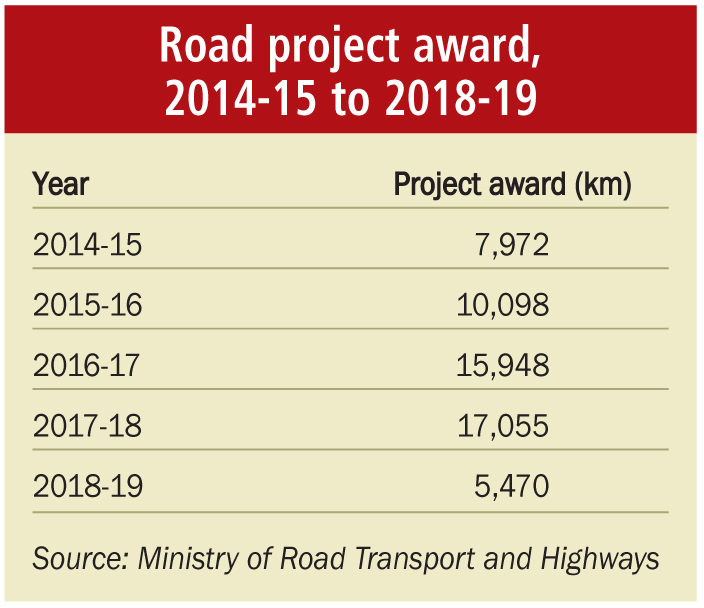 Meanwhile, the Right to Fair Compensation and Transparency in Land Acquisition, Rehabilitation and Resettlement Act, 2013, has made the land acquisition process even more lengthy and challenging, thus hampering project execution.

In terms of construction equipment financing, 90-95 per cent is financed. Non-banking finance companies (NBFCs) are the largest players in this sector with a 70-75 per cent share in financing. The growth of the construction equipment sector hit a bump after a liquidity crisis gripped NBFCs following the Infrastructure Leasing and Financial Services (IL&FS) default. Tightening of interest rates, challenging macroeconomic factors, and IL&FS’s default shook investor confidence in the NBFC space. In the second half of 2018-19, the credit quality of some NBFCs was weighed down by an increase in the cost of funding, liquidity challenges, asset quality pressures (especially on the wholesale lending book) and an asset-liability mismatch. According to industry estimates, the construction equipment sector that had been growing at around 20 per cent before the IL&FS crisis, came down to 10 per cent.

Further, most of the original equipment manufacturers (OEMs) in India work as a part of joint ventures or as subsidiaries of their global counterparts. The import content in Indian construction equipment is relatively high, with OEMs importing equipment such as engines and hydraulic and track components from the parent company or its global supply chain. In this regard, volatility in the Indian rupee and the long lead time for inventory has added to the cost woes of the industry.

Due to demand constraints, reportedly, leading construction equipment manufacturers such as JCB and Tata Hitachi (that primarily manufacture backhoe loaders, excavators, crane and forklifts) have cut production by at least 15 per cent for the next few months. 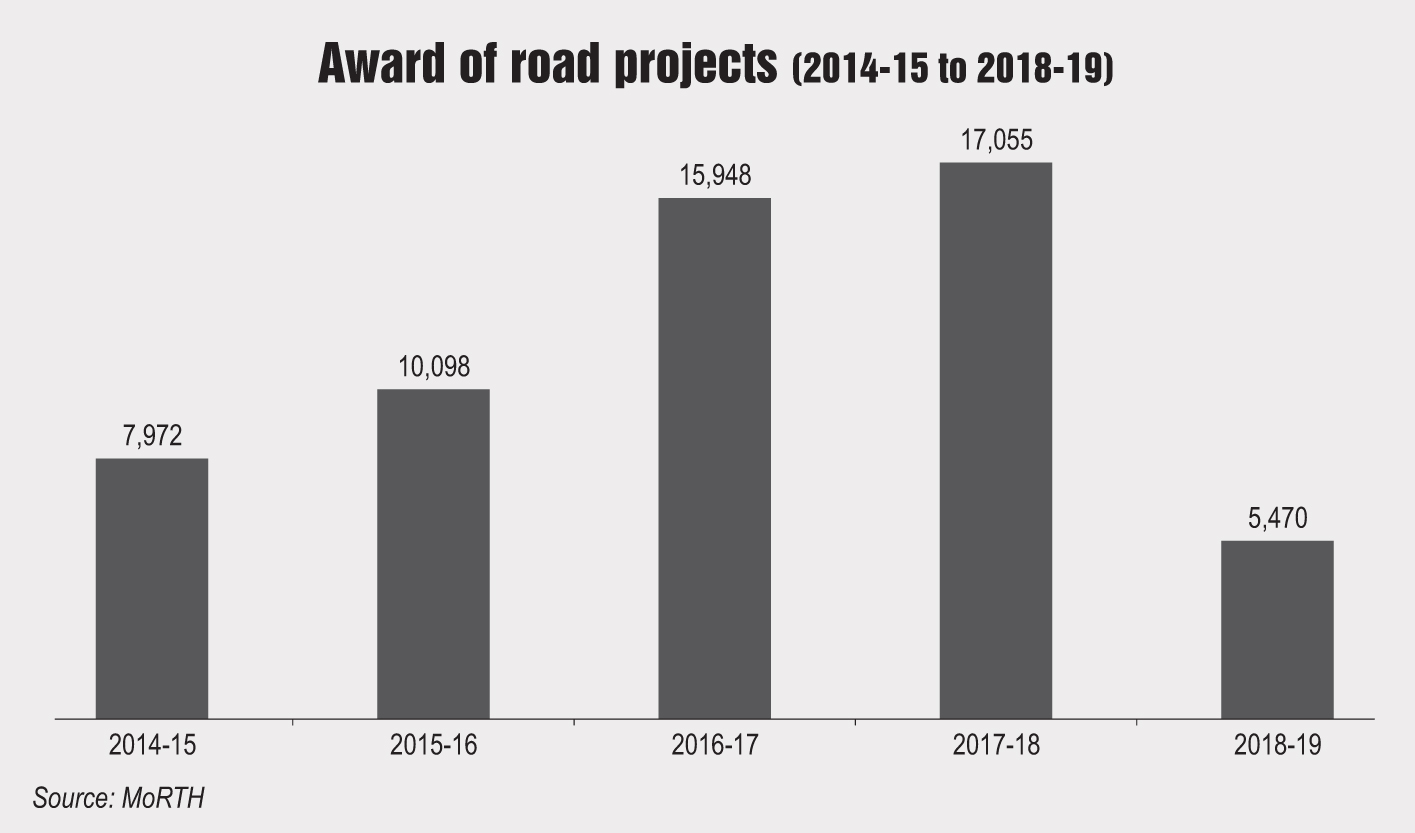 Undoubtedly, there are hiccups in the short term as demand headwinds and low equipment purchase are likely to continue. The need of the hour is a sizeable scale-up in infrastructure investments and supportive policy measures from the government.

If this is ensured, industry stakeholders are of the view that there will be growth in the longer term. The government’s ambitious programmes across infrastructure sectors such as the Smart Cities Mission, Bharatmala, Sagarmala, the Jal Marg Vikas Project, the Atal Mission for Rejuvenation and Urban Transformation, Housing for All, and the Dedicated Freight Corridor project are set to drive demand for construction equipment. Meanwhile, Budget 2019-20 outlines India’s vision of becoming a $5 trillion economy by 2024, and this will further drive the construction industry and thus the equipment market.

“The outlook for the sector could turn stable if the demand environment improves on a consistent basis, with a revival in public and private sector expenditure on infrastructure projects. Accommodative public policy and an improvement in buyer confidence would be critical for this,” says Pavethra Ponniah, vice president and sector head, Corporate Ratings, ICRA.

To conclude, the potential Rs 20 trillion worth of annual investments (Union Budget 2019-20) augurs well for the construction and thus the equipment business. Quick decisions on supportive policy measures, and swift implementation and timely completion of projects are fundamental to infrastructure development, in the absence of which the downturn in the construction sector will continue.