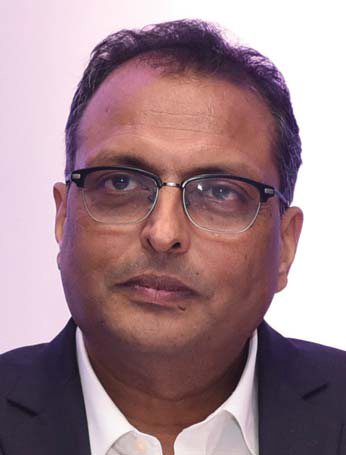 Launched in June 2015, the Smart Cities Mission (SCM) aims to provide core infrastructure in Indian cities and ensure a decent quality of life to citizens through the deployment of smart solutions. One of the most ambitious programmes for urban renewal and transformation, the SCM’s pace of implementation has picked up in the past year. Progress has been documented in project completion and technology penetration while the role of the private sector too has evolved. Speaking at a recent conference on Smart Cities in India, Dr Arvind Varshney, head, Smart Cities Mission Management Unit, Ministry of Housing and Urban Affairs (MoHUA), shared his perspective on the experience so far, initiatives taken by the government and the way forward. Excerpts…

The perception regarding the progress of the mission and meeting of the timelines needs to be changed. While the mission was launched on June 25, 2015, 100 cities were selected in five rounds (including the fast-track round) over a period of two and a half years from January 2016 to June 2018. Given that every city gets 60 months to complete its projects, the total mission duration for 100 cities is 6,000 “city-months”, of which the cities have spent only 3,360 city-months working on their projects so far. This accounts for only 56 per cent or 2.8 years and not four years.

With regard to sources of financing, each city receives Rs 10 billion in funding, contributed equally by the central and state governments. Given the number of initiatives to be taken, these funds are inadequate and the

states have been encouraged to raise the rest of the funds independently. The states may raise funds through user charges, PPPs, borrowings from financial bodies and municipal bond issues, and get funds on account of convergence with other schemes.

The SCM’s impact on citizens’ lives has been grouped into four areas – ease of living, smart governance, connected communities and urban resilience. Some cities have made significant progress in these areas and have taken a plethora of initiatives for their overall transformation.

Ease of living: With a view to setting an example to other smart cities with respect to the implementation of street design guidelines with a focus on encouraging non-motorised transport, Pune Smart City Development Corporation

Limited completed a 2 km long tactile track project, providing universal accessibility for the elderly and physically challenged. In addition, tenders have been invited for another 27.5 km of streets in three packages. Waterfront development projects have also been included under the SCM to promote trade and economic development. The Bhadrakali lakefront promenade project and the Indore Kahn and Saraswati riverfront development project have been undertaken with the aim of ensuring ample recall of elements from cities’ rich built heritage. The projects are being implemented in convergence with the Heritage City Development and Augmentation Yojana (HRIDAY) at a cost of Rs 250 million each (Rs 150 million from HRIDAY and Rs 100 million from the SCM).

launched in Ahmedabad as a part of the smart governance initiatives. The card can be used across public transportation modes such as bus, metro and water metro, in addition to mercantile and internet transactions, thereby enhancing commuter experience and increasing cashless transactions.

The lighthouse project in Pune is imparting essential skills to allow poor urban youth to earn their livelihood and contribute to society. The project has been implemented through a unique PPP model, operationalised by a non-profit entity, Pune City Connect, and has been funded by corporate social responsibility funds. Four lighthouses (Aundh, Sangamwadi, Warje and Hadapsar) have been developed across Pune, with 3,361 youth enrolled. Of these, 586 were placed in jobs and 1,051 of the 1,790 enrolled in skilling programmes have completed the course. In addition, the B-Nest incubation centre in Bhopal is fostering an environment of entrepreneurship in the city that will lead to greater innovation and employment.

The Bhubaneswar Municipal Corporation has collaborated with several agencies to launch the “I Am Bhubaneswar” project as part of the mission. The project was envisaged as a comprehensive city branding project in order to create a unique identity for the city for fuelling a strong camaraderie among citizens, stakeholders and visitors by strategic place-making and activating idle public spaces.

Urban resilience: Diu has become the first district in the country to run 100 per cent on renewable energy during the daytime. The project was implemented in two phases – Phase I generates 3 MW and Phase II generates 6 MW of electricity. The Jaipur solar rooftop project has also brought down electricity bills by generating 1.1 MW of energy from four public buildings.

The Bhopal, Pune and Coimbatore public bike sharing projects have not only been successful in promoting the non-polluting and healthier way of travel, but have also reduced congestion on roads.

Under SCM, the MoHUA is not only implementing projects but is also working to create a new ecosystem to reach an inflection point in urban development. The ministry is attempting to  differentiate the way urban development was conceived earlier and the way it is being viewed today. The ministry is making efforts to switch from the archaic project-based approach to a more integrated approach in order to make cities habitable and improve quality of life. In this respect, each city has appointed a chief data officer who is responsible for the collection of data and for advising the city on key issues. All the 100 data officers work in collaboration with the MoHUA to develop sustainable solutions to achieve the aforementioned objectives.

The government has launched several new initiatives to not only ensure integrated urban development but also to take the mission to new heights. Key among these are the Climate Smart Cities Assessment Framework 2019, DataSmart Cities, India Urban Observatory and Video Wall, National Urban Innovation Stack, City Investments to Innovate, Integrate and Sustain Challenge, a consultation paper on the City GDP Measurement Framework, etc. Besides, a number of areas have been identified, for which the ministry requires inputs from industry stakeholders. The key areas are related to ICCCs, urban mobility, smart education and health, energy efficiency, emergency response, water quality sensors, and incubation centres.

Nevertheless, given the scope of the mission and the government’s thrust on making cities smart, the mission is expected to go a long way in developing core infrastructure services in India’s urban centres.