Several government agencies are promoting the use of environmentally sustainable materials for the construction of pavements. At a recent conference organised by India Infrastructure, key government stakeholders analysed the trends and advancements in the construction of flexible pavements and highlighted the key initiatives to promote green roads. Excerpts… 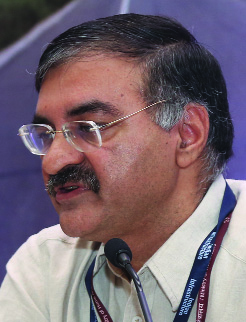 A number of initiatives have been taken by the Ministry of Road Transport and Highways (MoRTH) to encourage the use of green technologies in road construction.

The concept of green highways originates from the integration of transportation functionality with ecological sustainability. The key features of green highways are reduction in greenhouse gase emissions/carbon footprint, curtailment in the use of non-renewable energy sources, conservation of natural resources, and ensuring human health and safety, along with the welfare of future generations. Large-scale environmental degradation and climate change, combined with loss of natural resources and increasing construction, has contributed to the growing need for green highways in the country.

In the transportation sector, roads contribute the majority of the carbon footprint. Interventions such as increasing the use of energy-efficient modes of transport, adopting stringent regulations for reducing carbon emission from vehicles, shifting from ad hoc to proactive highway maintenance, incentivising the shift to larger trucks and promoting the use of public transport and low-carbon fuels such as electricity and biofuels could be of immense help in reducing the carbon footprint during project operationalisation. Besides, the government has taken notable initiatives to ensure conservation of the natural ecosystem. To name a few, the MoRTH issued draft guidelines in September 2013 for adopting rainwater harvesting and artificial groundwater recharge systems along national highways. Further, in May 2019, the ministry issued directions to all implementing agencies to avoid sanctuaries/national parks at the planning stage and to take a detour, wherever possible. Apart from this, the MoRTH has recently issued guidelines for the use of recyclable materials such as waste plastic and fly ash for road construction and renewal. 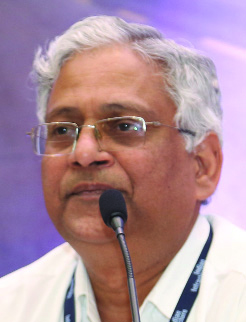 The Central Road Research Institute (CRRI) has been conducting extensive research on pavement design and engineering, and new technologies and materials to be used for highway construction.

The availability of aggregates is extremely low as compared to their demand for road construction. Hence, the solutions opted to fast-track road construction and to reduce consumption of aggregates involve using treated local material, new materials (for stabilisation), besides industrial and other waste in road construction. New technologies and materials used as substitutes for aggregates in road construction include stabilised sub-base and base courses, warm mix and cold mix, improved marginal aggregates, recycling and use of reclaimed asphalt pavement, stone matrix asphalt and cement grouted bituminous mix. CRRI was the first institute in the country to use fly ash for a road project in Delhi, in the 1990s. The institute has conducted research on various kinds of waste materials that can be used as a substitute for aggregates in road construction. In 2012, it used steel slag as an aggregate for a road project in Jamshedpur that was sponsored by Tata Steel. Besides, the Ministry of Steel has entrusted CRRI with developing a process for making steel slag usable for high volume road projects. Further, in 2016, CRRI submitted a report to the National Highways Authority of India (NHAI) based on design guidelines, technical specifications and construction methodology for utilisation of municipal solid waste (MSW) from the Ghazipur landfill in road embankment construction. It has also proposed a new methodology for segregation of MSW, considering its bulk utilisation in road works.

As far as the issue of reducing energy consumption in road projects is concerned, CRRI has been successfully able to deal with it via the use of emulsion-based cold mix for road construction. This, apart from improving construction efficiency, has proven to be energy efficient as well, while contributing to a reduction in the carbon footprint. Projects along similar lines have been implemented in Rajasthan and Assam. Microsurfacing is another key technology for resurfacing of urban roads. The technology has been implemented and monitored on road stretches spanning about 30 km in Delhi. Warm mix is another emerging technology, which allows mixing and compaction of bituminous mixes at lower temperatures compared to hot mix. A similar technology was deployed for a road project in Gujarat in 2012. However, these different technologies cannot be compared purely on the basis of cost, since each technology has a different impact on the environment that cannot be quantified in monetary terms. 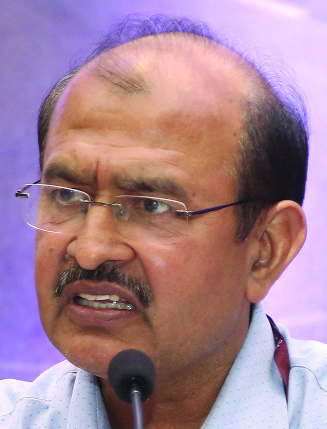 The Indian Roads Congress (IRC) has prepared numerous standards, specifications, codes of practices and manuals on different aspects of roads, bridges, tunnels and traffic engineering. Till date, the IRC has published 127 codes of practices for specifications and standards and 121 manuals and special publications on guidelines. In addition, 25 state-of-the-art reports on new technologies and methodologies, 77 highway research bulletins, 16 highway research journals, 41 highway research records have been published by the IRC, besides a number of publications made on behalf of the MoRTH, NITI Aayog, NHAI and the Ministry of Rural Development.

IRC has issued 15 standards that directly deal with asphalt pavements. IRC 37, which provides guidelines for the design of flexible pavements, was issued in 1970 and has been revised four times since then, the latest revision being in November 2018. With regard to the use of new materials and technology, the organisation has published 16 codes/guidelines that recommend the use of environment-friendly green and sustainable technology for road construction. However, the IRC has also made provisions for the use of new and alternative technologies by contractors, through manuals issued as a part of contracts based on the engineering, procurement and construction and public-private partnership models. Besides, it has set up a dedicated committee for accreditation of new materials, technology and equipment allowing their use in pilot projects. 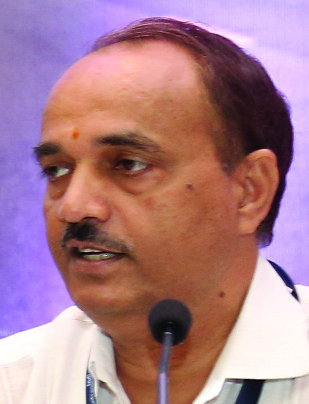 The National Rural Infrastructure Development Agency (NRIDA) launched the Pradhan Mantri Gram Sadak Yojana (PMGSY) in 2000, seeking to provide all-weather connectivity to all eligible unconnected habitations with a population of over 500 persons in the plains, over 250 persons in special category states (north-eastern states, Jammu & Kashmir, Himachal Pradesh and Uttarakhand) and desert areas as identified in the Desert Development Programme and 88 backward and tribal districts as identified by the Ministry of Home Affairs/Planning Commission. Most intensive Integrated Action Plan (IAP) blocks as identified by the Ministry of Home Affairs, unconnected habitations with a population of over 100 persons, would also be covered under the scheme. Besides, the scheme also focuses on upgradation of existing rural roads. Almost 98 per cent of the roads constructed under the PMGSY are single-lane bituminous pavements. The central government launched PMGSY II in May 2013 with the aim of consolidating the rural road network through upgradation of “through routes” and “major link routes” spanning about 50,000 km in rural areas. However, the NRIDA has decided to close PMGSY I by 2020, owing to certain challenges in its implementation. No new sanctions have been issued under PMGSY I since April 1, 2019. The financial outlay for the projects cleared stands at about Rs 2.67 trillion, of which funds worth Rs 1.82 trillion have already been released by the central government, while the expenditure stands at about Rs 2.13 trillion (part-financed by state governments).

The NRIDA has issued various guidelines for the use of new technologies in road construction under the PMGSY. It has been using waste plastic for road construction for four-five years now and has paved roads spanning close to 13,000 km with waste plastic. Other technologies, including the panelled concrete technology and roller-compacted concrete technology, besides application of jute and coir have also been widely used by the agency for road construction. Apart from this, a three-tier quality management mechanism has been institutionalised under the PMGSY to test the quality of roads constructed under the programme.

However, despite the progress made under the PMGSY, the programme has been facing numerous challenges. First, completion of works in certain hilly and other areas continues to be a challenging task. Limited contracting capacity and limited time for project completion, particularly in the north-eastern states and regions with heavy rains and seasonal variations, is another challenge. Maintenance of existing roads was a major challenge during the initial stages of the programme, and still continues to be a hindrance in some states. Availability of suitable equipment for rural roads, ensuring safety of rural roads and ensuring adoption of technologies by state governments for construction and maintenance of rural roads are some other challenges faced under the PMGSY.

PMGSY III was approved by the cabinet in July 2019 for the upgradation of rural roads spanning 125,000 km, at a proposed investment of Rs 802.5 billion. Another programme for providing connectivity to new habitations with a population of over 250 people is in the planning stage and awaiting cabinet approval. The NRIDA also plans to bring all state and rural roads beyond the PMGSY’s network under its Online Management, Monitoring and Accounting System. Further, the agency aims to mitigate environmental degradation, while ensuring cost-effectiveness, through the use of appropriate technologies for construction and maintenance of rural roads. Besides, it also aims to improve the quality of governance and ensure transparency across the sector through technology utilisation.