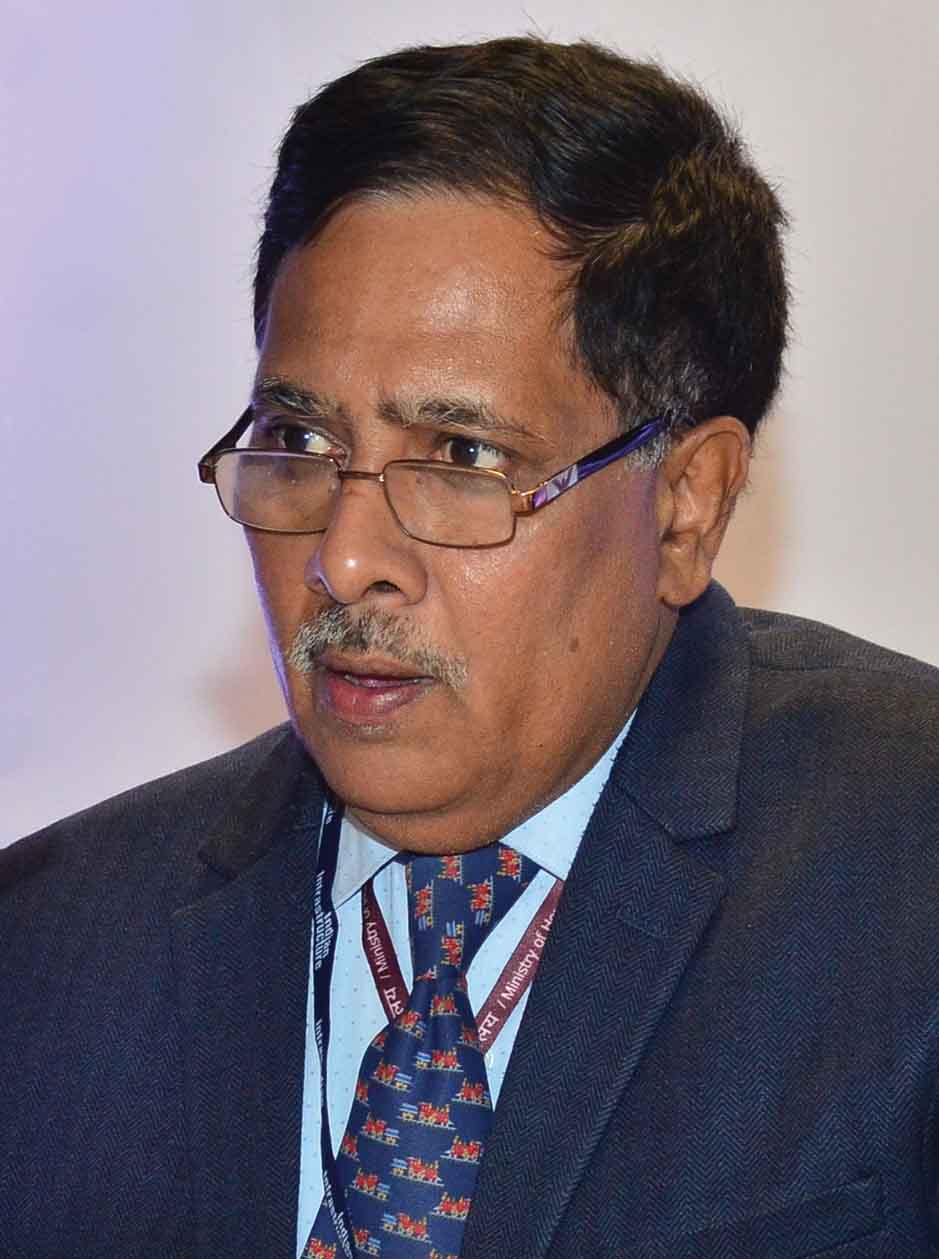 Indian Railways (IR) has undergone a sea change with regard to the way passengers and freight move on its network. Modernisation of the existing fleet and the introduction of semi-high speed and high speed rolling stock has been a key focus area. Launch of Train 18, also known as the Vande Bharat Express, is a feather in IR’s cap. Besides, the introduction of innovative train sets and smart coaches, the expansion of existing rolling stock manufacturing units and the development of new ones is also on the cards. At a recent India Infrastructure conference, Rajesh Agrawal, member, rolling stock, Railway Board, shared his views on the evolution of the rolling stock segment and the new initiatives being undertaken by IR to enhance passenger experience and safety…

Trends in production and recent developments

Notably, IR has manufactured more Linke Hofmann Busch (LHB) coaches in the past two years than it had in the first 17 years after their introduction. To modernise the existing fleet of conventional DC traction motor driven electric locomotives, IR has also placed an order for 25 WAG-7 type, broad gauge 5,000 HP AC electric locomotives with Bharat Heavy Electricals Limited. These locomotives have a regenerative system for retrofitment that makes them energy efficient.

Also, IR is exploring the possibility of running semi-high speed trains from Mumbai to Pune, Nashik and Vadodara. If the trial runs are successful, the travel time from Mumbai to Pune and Nashik would be reduced to under two hours. Further, IR aims to stop production of the Tejas Express and replace the trains by Train 18 and Train 19. There are only two Tejas Express trains in the country that run between Mumbai and Goa and Chennai and Madurai. IR plans to upgrade their technology with distributed power rolling stock. In the coming years, it plans to manufacture nearly 130 Trains 18 and 19.

IR is also planning to replace all conventionally designed coaches made by the Integral Coach Factory (ICF) with LHB coaches in the coming years in order to enhance passenger safety. Alternative uses for the existing ICF coaches such as car carrying trains are being explored. Production capacity has been scaled up to produce more LHB coaches.

The Modern Coach Factory (MCF), a rail coach manufacturing unit in Rae Bareli, Uttar Pradesh, that currently manufactures about 1,000 coaches a year aims to double its production in 2019-20. Besides manufacturing LHB coaches, the MCF will also be manufacturing other modern design coaches as part of the Make in India initiative. The factory will produce train sets, bullet train coaches and high speed coaches to meet future demand.

IR also plans to replace slow moving passenger trains with self-propelled train sets. In order to increase the speed of intercity trains, mainline electrical multiple unit (MEMU) trains are planned to be upgraded. MEMU trains are usually used for short distances. These were introduced very long ago but had not been upgraded. The upgraded trains will have a maximum speed of around 100 kmph. Earlier, these trains were not being extensively manufactured in the country but their production has increased substantially since 2016. Air-conditioned local trains have also been introduced for the Mumbai suburban railways with automatic doors. More such trains are planned to be introduced to improve local travel.

IR has also attained the capacity and skill level to design metro coaches for both domestic use and export. With the expansion of the country’s metro network, it now plans to make the most of this opportunity. The coaches, designed to meet international standards, will be developed at the MCF and equipped with modern amenities. They will be manufactured at costs that are much lower than those of the coaches procured from other countries. In a first for the country, IR also plans to manufacture aluminium coaches at the MCF. Aluminium coaches have many advantages over stainless steel coaches including lighter weight, better aesthetics and lower cost per year over the life of the coach. To augment production, Train 18-like train sets will also be manufactured and used to meet both domestic and international demand. The sets are being manufactured using the latest technologies.

The export of train sets also presents a huge opportunity for the country, as IR has a negligible share in the global rolling stock market that is worth $200 billion. IR is capable of producing coaches of different varieties such as those for standard, meter and cape gauge according to the requirements of the buyer, and will begin to exploit this potential.

The task of conversion is being carried out by the Diesel Locomotive Works, Varanasi. However, not all diesel locomotives will be converted, as some of them will be reserved for alternative arrangements and backup purposes. 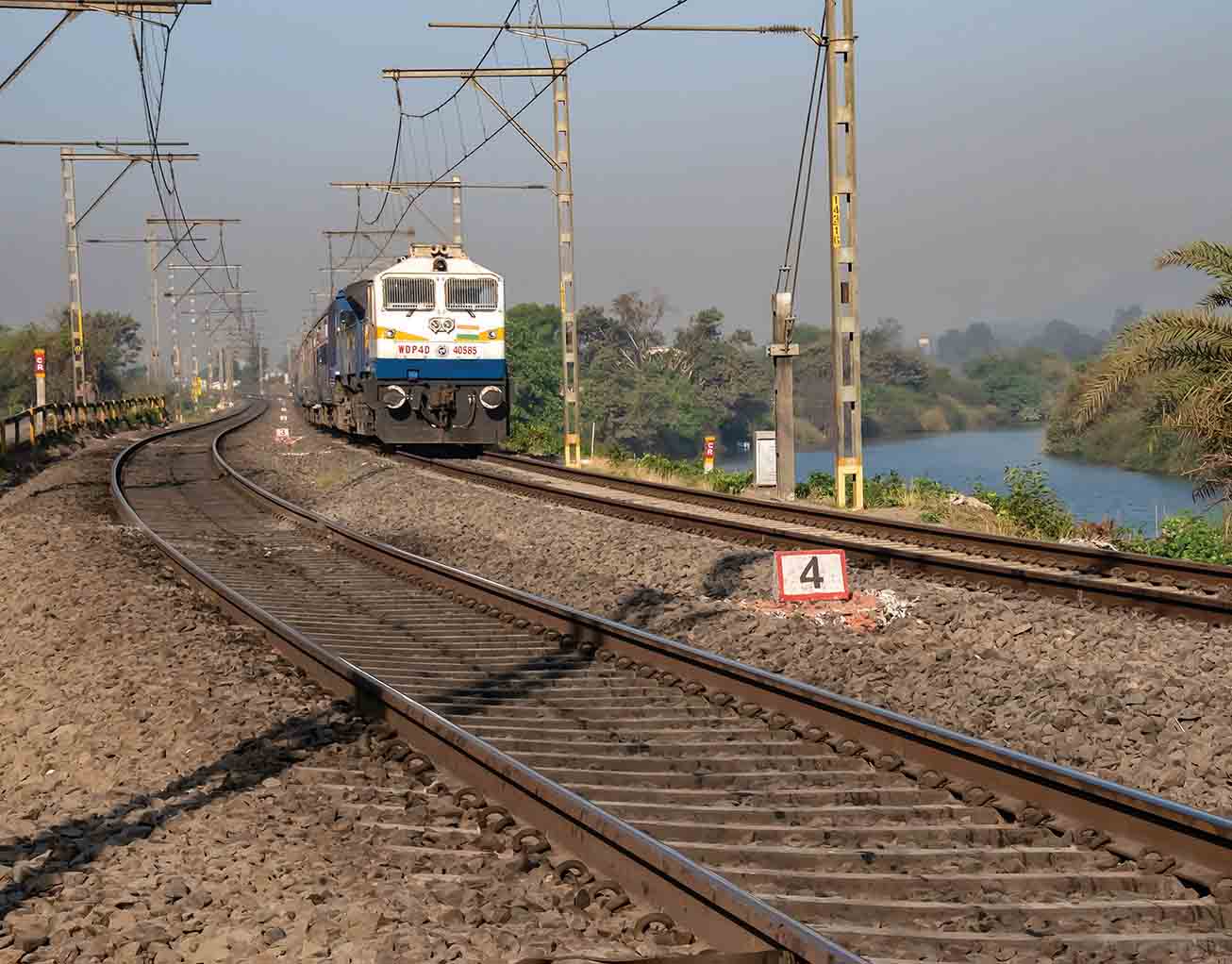 IR has adopted new technologies and digital solutions to improve its operational efficiency and for its overall transformation. The production units have been upgraded to Industry 4.0 standards based on a cyber physical system.

Smart coaches equipped with the latest technologies such as supervisory control and data acquisition systems have been introduced. These coaches have intelligent sensors which collect data on a real-time basis and thus facilitate predictive maintenance. The coaches also have vibration-based self-power harvesting sensors that are able to foresee any defects related to wheels, bearing and tracks. This will allow IR to increase safety levels and reduce mishaps. It is also planning to introduce a host of other features such as GPS-based tracking systems, fire detection and alarm system, and CCTVs to strengthen the security system.

Smart coaches are being manufactured at the MCF. The factory houses modern technologies such as automation and uses robotics for production. It is also the first unit of IR to get International Railway Industries Standard certification for the manufacture and design of rolling stock.

IR also plans to focus on technologies to automate examination. The Automated Train Examination System that eliminates the need for manual monitoring has been introduced. The system checks every train passing through the railway track on which it is installed. It also warns railway officials about issues such as hot axle and brake binding etc. immediately.

The railway sector in India will continue to witness high growth rates and increased investments in infrastructure. Deployment of modern technologies for manufacturing rolling stock has brought the country at par with the global standards. The government’s electrification plans are also expected to generate opportunities for technology providers, rolling stock manufacturers and distribution equipment providers.

The scale of railway equipment and rolling stock manufacturing can be increased to allow the country to become a major player in the global market. This will also open up new business opportunities for IR, which is already dealing with high operating costs. The government also plans to set up industrial parks and rail SEZs to support rolling stock manufacturing. One such ancillary park is being set up in Uttar Pradesh to cater to the growing needs of the rail industry, especially the MCF. Thus, the government will play an important role in the introduction of new technologies and in increasing the country’s share in the global market.