Rapid urbanisation in the country has created the need for safe, efficient and reliable public transportation systems. In this regard, urban mass transit systems like bus rapid transit (BRT) systems and metro rail systems equipped with intelligent transportation systems (ITS) have been developed. Information and communications technology (ICT)-based solutions like cashless ticketing through automatic fare collection (AFC) systems, safe mobility with platform screen doors (PSDs) and real-time monitoring of vehicles using intelligent vehicle tracking systems are some of the ITS solutions deployed across transport networks. The adoption of these smart solutions has ensured high service delivery standards and have become a key driver for increasing passenger footfall. At the same time, these solutions have become indispensable for improved operational efficiency for any transit system, thus increasing operator revenues.

The proliferation of metro rail systems in cities such as Delhi, Bengaluru, Chennai, Hyderabad, Mumbai, Kolkata, Kochi and Gurugram has ensured highly efficient services to commuters. This has been made possible with the deployment of various smart transportation solutions that have helped save time and ensure efficiency during the commute. One of the biggest advancements is the introduction of AFC systems, which has eliminated the need to stand in long queues at counters. These systems leverage ICT thus enabling the fare collection mechanism to evolve from coins and paper tickets to contactless digital payment-based cards, and wallets. To further make the travel experience seamless, interoperable cards or common mobility cards have also been launched in the country. In March 2019, the National Common Mobility Card, called One Nation, One Card, was launched for multimodal transit. The card equipped with EMV-based open-loop technology enables payments not only for tickets for different modes of transport but also offers payment facilities for retail and para-transit services.

Apart from this, QR-code and RuPay-based contactless smart cards as well as mobile ticketing applications have also gained prominence across metro rail systems. The Noida metro, for instance, has introduced a mobile application called NMRC [Noida Metro Rail Corporation] ticket to pay for tickets directly from a mobile phone. With greater innovation in technology, other system upgrades like digital wallets (Paytm and Freecharge), smart wristwatches, auto-top up facilities and biometric-based smart cards are also being introduced. The Chennai metro, for instance, has planned the introduction of wristwatches with electronic chips as a new model for smart ticketing.

PSDs are another intelligent solution installed at various metro stations to ensure safety of passengers. These smart doors act as barriers and are aligned with the train doors that open only when the train stops at a station to avoid accidents. In the Delhi metro, 69 out of 250 railway stations have PSDs. The 5.5 km Phase I of the Kolkata East-West metro that is currently undergoing trial runs has also deployed PSDs. Similarly, metro systems in Chennai and Bengaluru too have PSDs installed at select stations.

Signalling, train control and telecommunications have also witnessed advancements. Continuous automatic train control systems comprising automatic train operation, automatic train protection and automatic train supervision features and communication-based train control (CBTC) signalling systems with varying grades of automation have been adopted across metro systems. Driverless train operation (grade of automation 3) is currently being used in select stretches of the Delhi metro. Further, the Delhi Metro Rail Corporation has planned to switch to driverless train operations on the Magenta Line (Botanical Garden-Janakpuri West) and on the Pink Line (Majlis Park-Shiv Vihar) by 2020. After this, the DMRC plans to switch to the more advanced GoA4 level that comprises unattended train operations (UTO). The Chennai metro is also planning to have UTO in Phase II of the project. Under this, all train operations will be automated and will be monitored from a control centre through CCTV cameras instead of having an attendant inside the train. The Kolkata metro is also expected to transition to the CBTC signalling system to increase frequency of trains and avoid collisions. Upcoming metro rail systems such as the Bhopal metro will also boast of similar smart technologies.

In addition to metro rail projects, intelligent transport management systems (ITMS) such as PSDs, AFCs, passenger information systems (PIS) and vehicle tracking systems are also being deployed under BRT projects. However, the adoption is slower in comparison to global cases. 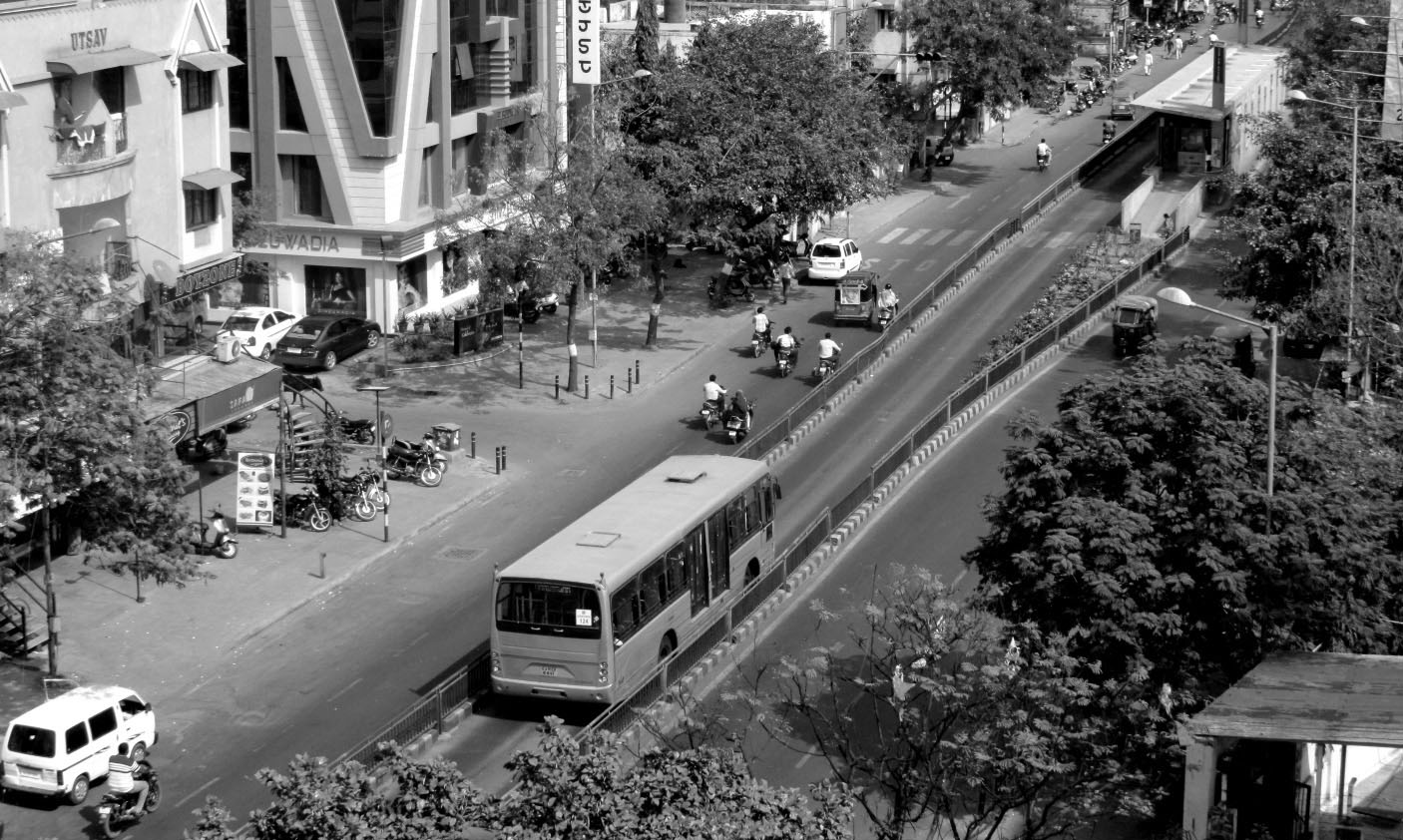 The Amritsar BRT, for instance, has installed cutting-edge technologies like an automatic vehicle location system (AVLS) under which advanced global positioning system (GPS) tracking units are installed in all the buses to enable tracking and monitoring of a bus fleet on a real-time basis from a central control and command centre. PIS displays have also been installed in buses and at bus stations to provide accurate and timely information  to passengers on the expected time of arrival of the next bus. Besides, a vehicle planning, scheduling and dispatch (VPSD) system, a depot management system (DMS) and a dedicated mobile application have also been introduced to improve commuter experience. The data collected from these systems is controlled and analysed at the Janmarg BRT control room.

The Pune BRT too has the VPSD facility that enables designing and changing of bus routes besides allowing optimisation of bus service schedules by allocating buses based on real-time information obtained from the AVLS. The solution results in the improvement of operational efficiency and services. The DMS has also been adopted to automate operations related to vehicle management, and stock management for a variety of spare parts inside bus depots to increase the efficiency of routine tasks. Besides this, the Surat BRT has also deployed a similar ITMS including a business intelligence platform for reporting and enterprise management system to monitor operations and ensure adherence to service levels. BRT systems in cities like Jaipur and Pimpri-Chinchwad have also deployed ITMS to enhance commuter experience.

Several urban transit projects are currently in the pipeline and, therefore, the use of ITS is expected to increasingly replace traditional technologies. Metro rail systems in Bhopal and Kanpur, metro expansions in Chennai, Bengaluru and Mumbai, and BRT systems in Kolkata, Chennai, Visakhapatnam and Hyderabad are some of the upcoming mass transit projects where immense opportunities for technology providers exist. By adopting these smart ITS solutions, Indian cities can reduce congestion and improve safety. At the same time, these systems will enhance revenue generation for operators through efficient services and increased frequency.

However, for seamless adoption of these smart technologies, the government, transport operators and service providers need to work

together. Further, collaboration of different industry players will lead to innovations that can significantly enhance the urban mobility experience. Lastly, different transportation systems in a city need to coexist and work in a cohesive manner for which technologies that are interoperable need to be deployed.