It has been a year since the Ministry of Shipping (MoS) allowed cabotage relaxation for the movement of export-import (exim) transshipment containers and empty containers. Fast forward one year. There has been a noticeable increase in transshipment volumes at Indian ports and a subsequent fall in transshipment volumes through foreign ports. The share of container traffic transshipped through foreign ports fell from about 34 per cent during 2017-18 to 30 per cent during 2018-19. Global container liners are also capitalising on the opportunity resulting from cabotage relaxation to reposition empties at deficit locations, optimise ease of doing business for the exim community and increase transshipment through Indian ports. Net, net, the ministry’s efforts to increase transshipment volumes at Indian ports have resulted in the desired outcome and are expected to add a new dimension to the Indian maritime sector in terms of foreign shipping lines being able to carry exim and coastal container cargo in Indian waters. 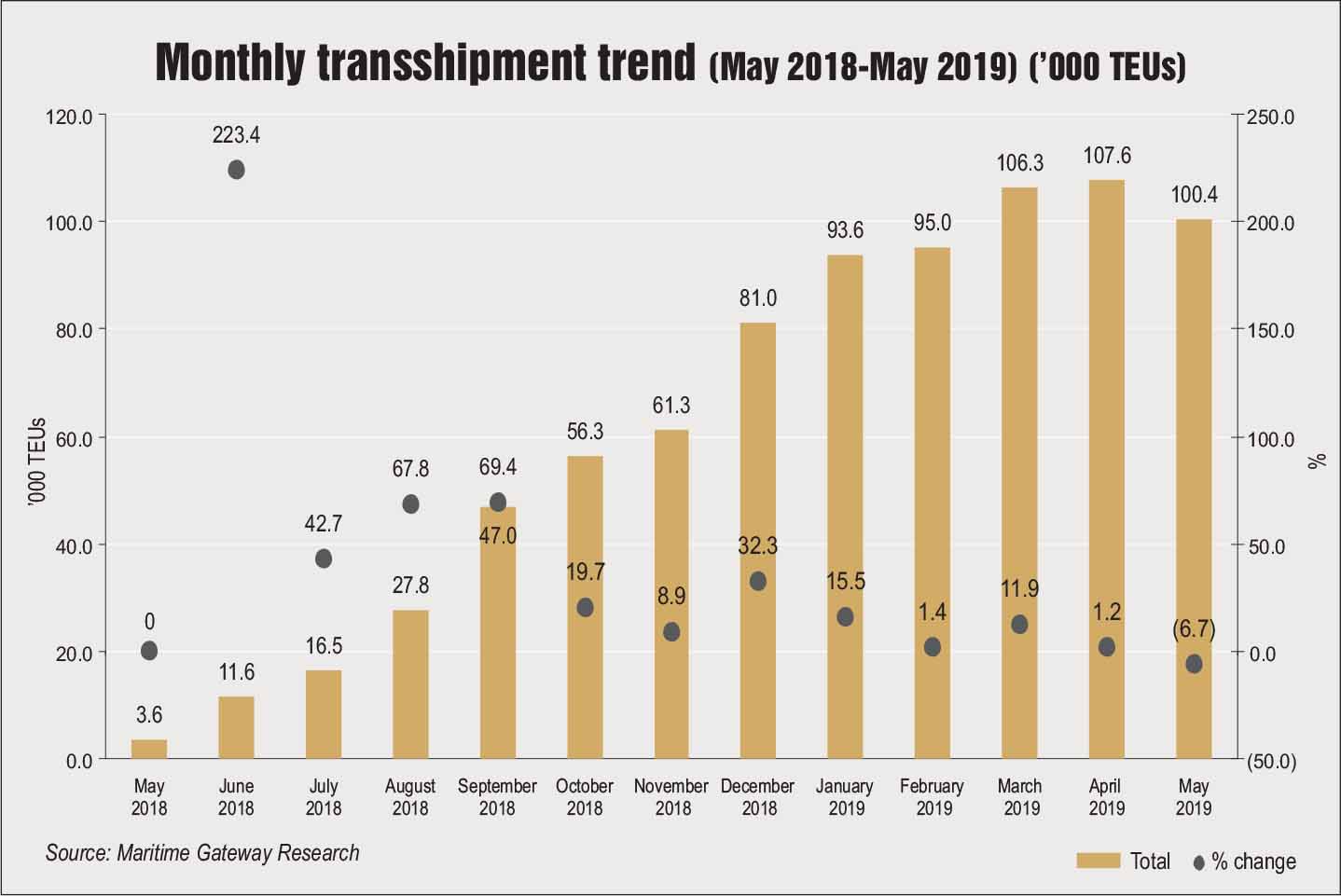 The cabotage relaxation received a mixed response from industry stakeholders. While it has been acclaimed as a game changer by some industry stakeholders, it has been questioned by others. The intention behind the relaxations is to establish a level playing field for both Indian and foreign fleet owners that would ultimately lead to a reduction in freight rates and creation of a healthy environment. With the relaxation, foreign players now have the benefit of tax legislation and cabotage legislation. At the same time, the relaxation will have a positive impact on the competitiveness of Indian traders and manufacturers by way of reduction in the supply chain time lag and the transshipment cost at a foreign port.

However, on the flip side, Indian ship owners have questioned the effectiveness of the relaxation, claiming that the new laws might restrict growth in Indian tonnage. According to a few experts, Indian companies borrow at 12-14 per cent with a debt tenor of about seven years, while foreign companies borrow at 0-2 per cent for a period of 10-12 years. Due to this, the per day repayment cost for Indian companies is already much higher. Such a skewed borrowing cost makes services of foreign ships in coastal waters much more competitive than Indian-registered ships. 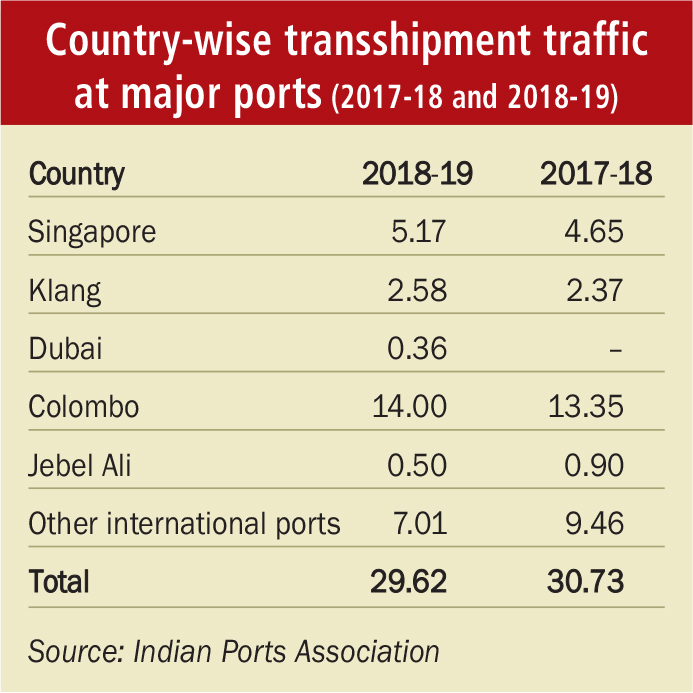 The future of transshipment…

Indian ports have been able to register significant growth in transshipment volumes over the past year. Certainly, the policy initiatives taken by the ministry have been successful in delivering the desired results. According to industry experts, if cabotage had not been relaxed, Indian ports would have lost 807,932 TEUs of container traffic to the neighbouring transshipment ports of Colombo (41 per cent), Singapore (22 per cent), Port Klang (11 per cent) and other international ports (26 per cent) in May 2019 alone.

While the relaxation of cabotage is a welcome step, there is need for Indian ports to compete with global counterparts in terms of cost, productivity and service levels. Supportive policy measures are required to reduce vessel-related charges and waiting time for vessels. Vessel-related charges include lighthouse dues, goods and services tax (GST), and other such elements that increase the charges in India even though container-related charges are comparatively low as compared to international ports.

Apart from policy intervention, there are a number of initiatives that need be taken to increase transshipment volumes at Indian ports. The government needs to provide options to shipping lines, both on the east and west coast, for selecting ports that are conducive for transshipment. Apart from providing options, the government needs to ensure that the selected ports are able to handle not only larger ships but also a stream of feeder vessels for aggregation of cargo. Further, Indian vessels have to match the rate quoted by foreign vessels. However, Indian operators are not on a level playing field as domestic vessels have to incur a much higher expense on each sailing due to taxes and other statutory requirements, such as integrated GST and expensive bunker fuel, that are not applicable to foreign flag vessels.

Going forward, while there exist a plethora of factors favouring the development of a global transshipment hub in the country (suitable geographic location, availability of local origin-destination cargo, proximity to trade routes, etc.), there is also a need to create a favourable environment, build additional dedicated container cargo berths, develop supporting infrastructure and improve draught levels.