India is steadily moving towards a cashless economy. The digital payments space in the country has grown at a significant pace in the past few years. As per a recent market study, the government’s Digital India initiative and the early successes of non-banking players such as Paytm and Freecharge have provided an impetus to the digital payments industry. As a result, there has been an uptick in the volume of digital transactions, particularly in the past one year.

According to an Assocham-PwC India study, digital payments in India will more than double to $135.2 billion in 2023 from $64.8 billion in 2019. India’s share in global digital transactions is also expected to increase from 1.56 per cent to 2.02 per cent in the next four years.

As per a recent report by KPMG, on account of the mobile payment revolution in the country, there has been a surge in the number of merchants accepting digital payments. Digital payment acceptance locations have increased from around 1.5 million in 2016-17 to over 10 million in a short span of two to three years. Further, the mobile wallet market is expected to expand at a CAGR of nearly 52.2 per cent, in terms of volume, during 2019-23.

A look at the evolving digital payments space, the key market drivers and opportunities in the sector…

As far as market share is concerned, Paytm has the first-mover advantage. It is the largest mobile payment company with more than 300 million users. As per recent data regarding app installations collected by research firm Kalagato, Paytm has a 43 per cent market share (as of July 2019) followed by PhonePe at 33.4 per cent.

However, analysts believe that the status quo might be disrupted once WhatsApp enters the market with the WhatsApp Pay service. Given the widespread reach of WhatsApp in the country, it might not face much difficulty in acquiring users for its new digital payment service. As is apparent, any gain in WhatsApp Pay’s market share will come at the cost of existing players losing their share in the market.

Demonetisation has provided an impetus to the digital payments space. When physical currency ceased to exist, people turned to digital means to carry out their day-to-day basic transactions. As a result, there was unprecedented growth in the volume of digital transactions during this period. Various wallet companies were quick to take advantage of this opportunity. While demonetisation provided a favourable ground for the uptake of digital wallets, the continued proliferation of such services in the post-demonetisation era can be attributed to various factors such as ease of payment, ubiquity and convenience offered by wallets. All these factors have led to widespread adoption of digital payments. Moreover, funding from a diverse set of domestic and international investors has also contributed to the growth of digital payments companies.

Another factor that has contributed to the growth of mobile payments is the introduction of the unified payments interface (UPI), a real-time payment system. As per a recent industry report, the volume of UPI transactions increased at a CAGR of 246 per cent during the period 2016-17 to 2018-19. Factors such as interoperability and availability across different platforms (such as mobile wallets) are further fuelling the growth of UPI transactions.

Digital payments have evolved from being just a transaction medium to a way of life within a short span of time. Meanwhile, mobile wallets have transformed from being solely payment service providers to providing a range of services. In the past couple of years, mobile wallet providers have introduced various use cases on their platforms. As such, they have emerged as a one-stop platform catering to the day-to-day needs of people, with services ranging from movie ticket and flight bookings to credit card, electricity and phone bill payments.

Some payment apps have introduced features like payment reminders, allowing users to set payments for recurring monthly bills. Meanwhile, the auto payment option provides them with ease of conducting daily transactions such as paying for cabs and food.

Going forward, players in the digital payments space will need to continue to innovate and introduce new use cases on their platforms. Constant innovation and a customer-focused approach are key to remaining competitive. They will need to create more connected transaction experiences that add value to a user’s life. This digital payment market will continue to disrupt the larger financial market.

While digital payment methods have proliferated in the online retail segment, the offline retail segment remains largely untapped. As per recent market analysis, over 95 per cent of Indian retail expenditure is offline. Of this, only 30 per cent are cashless payments. This presents a huge opportunity for digital payment players to venture into offline retail and convert the existing 70 per cent cash payments into cashless transactions. To this end, they will have to come up with innovative marketing strategies, offering benefits such as cashbacks and discounts at select outlets. There is immense opportunity in the sub-urban areas, that is, Tiers 2, 3 and 4 cities. In fact, these areas are already seeing increased adoption of digital payments as people are realising the benefits offered by digital payment methods over traditional ones. 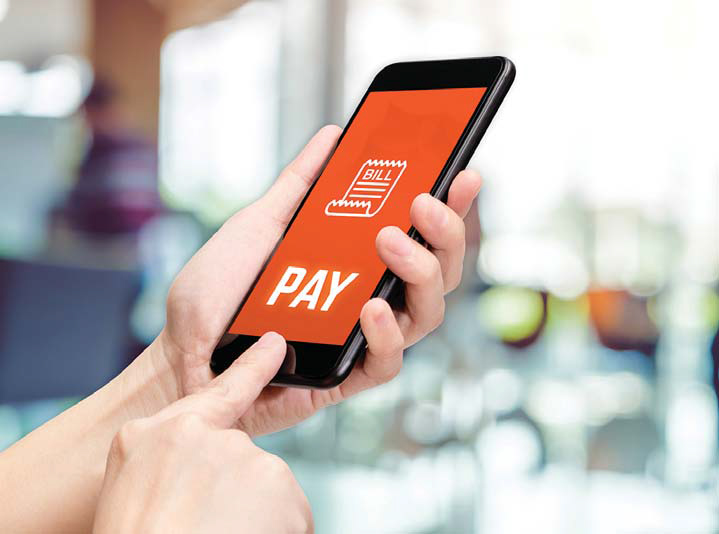 Small retailers and merchants are also increasingly realising the need to adopt digital technologies in order to remain relevant and match the level of convenience and ease offered by online businesses. In this context, digital payments infrastructure has gained importance. One of the major challenges faced by these small merchants and retailers is the deployment of digital solutions.

Fintech companies can effectively address this challenge by offering customised solutions to these merchants. In fact, some fintech players have created merchant applications to provide end-to-end control to merchants in the payment process, including transaction confirmations and reconciliations. All such steps will go a long way in helping small store owners become more tech-savvy and will provide an impetus to the Digital India initiative.

Collaboration will be the key

The success of all initiatives for promoting digital transactions lies in collaboration. In order to create an all-encompassing platform, digital wallet companies will have to enter into partnerships such as with DMRC for providing the metro card recharge facility, or with travel companies or airlines for providing flight booking service. Meanwhile, to penetrate the offline retail space, fintech players need to partner with small merchants and retail outlets.

The Reserve Bank of India has estimated a 50 per cent increase in mobile-based payment transactions in its Vision 2021 document. This growth will be driven by factors such as robust payment infrastructure, availability of structured data, shift in consumer behaviour, and the government’s vision of transforming India into a cashless economy.