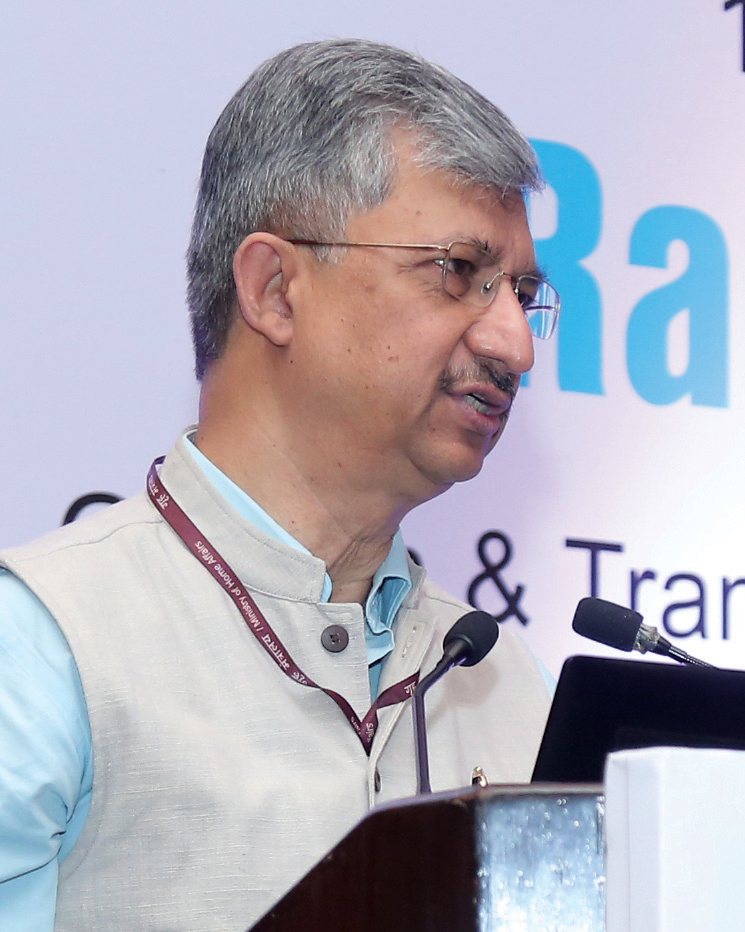 The rolling stock segment continues to be a major thrust area for Indian Railways (IR). The launch of the first indigenously manufactured semi-high speed train – Vande Bharat Express – introduction of premium trains with enhanced passenger amenities, adoption of the environment-friendly head on generation (HOG) technology and enhanced train speeds are some of the major milestones achieved. At a recent India Infrastructure conference, Alok Tiwari, principal executive director, Railway Board, shared his views on the evolution of the rolling stock segment and the new initiatives and technologies being implemented to enhance passenger experience and safety…

Remarkably, IR has manufactured more Linke Hofmann Busch (LHB) coaches in the past two years than it had in the first 17 years after their introduction. It has now taken a decision to stop the production of the Integral Coach Factory (ICF) coaches completely and manufacture only LHB coaches from financial year 2018-19 onwards. The production of LHB coaches has increased from 3,933 coaches in 2015-16 to 6,037 coaches in 2018-19. In 2019-20, IR plans to manufacture more than 8,000 coaches. In the next 10-15 years, it also plans to replace the 55,000 operational ICF coaches under the accelerated replacement programme.

Numerous transformation initiatives targeted at improving passenger experience have been taken in the past few years. The Swarna project was initiated to upgrade the condition of the Rajdhani and Shatabdi Express trains by providing higher quality services such as improved interiors and toilets and passenger announcement and information systems. Besides, IR started also ranking these trains based on customer feedback four years ago.

Subsequently, IR increased the ambit of this ranking system to include other maiden express trains. Under this initiative, known as the Utkrisht project, several features of the Swarna trains were to be replicated by other maiden express trains. Last year, IR upgraded 100 rakes to Utkrisht standards and in the current financial year (2019-20), it plans to upgrade another 540 rakes. 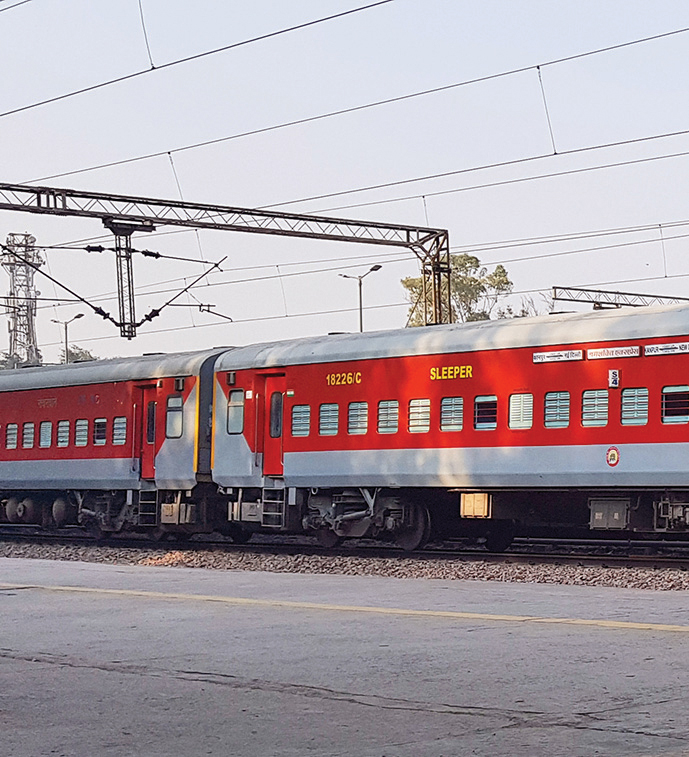 A new class of premium trains – the Tejas Express – was first introduced on the Mumbai-Goa route two years ago. On October 4, 2019, the first private train, the Tejas Express from Lucknow to New Delhi, to be run by the Indian Railway Catering and Tourism Corporation, was flagged off. Further, the New Delhi-Katra Vande Bharat Express (or Train 18) was flagged off on October 3, 2019. This is the second Vande Bharat Express – the first runs between Delhi and Varanasi.

Further, all LHB trains will adopt the new environment-friendly HOG technology, wherein power will be drawn from the overhead electric supply. The power generator cars which used to make a lot of noise and emit fumes will not be there any longer. In place of two such generator cars, there will be one standby silent generator car to be used in an emergency. In place of the other car, there will be an LHB second luggage, guard and Divyaang compartments. This compartment will also have capability of converting power from the overhead supply to be utilised in the entire train while providing space for a luggage guard room and additional passengers. IR plans to deploy the HOG system in all LHB trains within the year. Until September 2019, 342 trains had already adopted the system, resulting in savings of about Rs 8 billion per year.

In a bid to reduce IR’s freshwater consumption, all rail coaching depots are now setting up automatic coach washing plants – a modern state-of-the-art facility to clean the exterior surface of railway compartments. This facility is also capable of recycling the wastewater used for washing purposes. Earlier, about 60,000 litres of fresh water was being consumed for washing a train from the outside. The consumption figure has now reduced to 15,000 litres per train. Similarly, IR has also revamped its water systems by providing higher capacity pumps and supervisory control and data acquisition monitoring systems. Prior to this, coaches were supplied with water using the conventional pipe system which was not only more time-consuming (more than 20-25 minutes) but also required manual intervention. With the new quick watering system, the entire train is supplied with water in 5 to 10 minutes.

Another major initiative taken by IR to improve the passenger travel experience is making the trains “jerk-free”. For years passengers have complained that they experience sudden jerks while travelling on trains with LHB coaches. This problem was first resolved in premium trains like the Rajdhani and Shatabdi Express. IR has already made changes in the design of couplers connecting coaches to reduce the jerk. It plans to introduce these in all passenger trains over the next few years.

IR is also taking initiatives to increase the average speed of trains. All LHB coaches are now fit for running at a maximum speed of 130 kmph. In the coming years, railway tracks will also be upgraded to handle maximum train speeds of 130 kmph against the existing maximum speed of 110 kmph.

Another major development is the introduction of a “smart coach”. This is expected to aid in shifting from preventive/periodic maintenance to predictive maintenance. All the components and equipment such as coach bearings, air conditioners and water tanks are monitored online during the journey through a centralised monitoring system.

Over the years, IR has taken a number of steps to improve the quality of services provided by different classes of passenger trains. The semi-high speed Vande Bharat trains have maximum speeds ranging from 160 kmph to 200 kmph. IR is planning to replace its passenger trains with mainline electric multiple units (MEMUs) for regional connectivity in the Golden Quadrilateral (which will connect Delhi, Mumbai, Chennai and Kolkata) as it is expected to reduce the journey time and decongest high traffic routes. These trains typically run at maximum speeds of 110-160 kmph.

Further, IR has initiated action to acquire the necessary technology required to build light aluminium-body coaches. It plans on building 500 such coaches at the Modern Coach Factory (MCF), Raebareli.

Apart from passenger trains, IR is also taking measures to improve freight operations. Its freight volume recorded an all-time high of 1,221 million tonnes in 2018-19. To maintain the growth momentum and to cross the 2 billion tonne mark, IR plans to increase speeds of freight trains and develop higher axle load wagons and special purpose wagons. A case in point is the recently developed double-decker car/vehicle carrier that is being extensively used by the automobile industry.

With regard to future coach production plans, IR plans to manufacture a total of 8,000 coaches in 2019-20 and 10,000 coaches in 2020-21. The ICF (Chennai), MCF (Raebareli), the Rail Coach Factory (Kapurthala), the Rail Wheel Factory (Bengaluru) and the Rail Wheel Plant (Bela) have achieved the highest production levels in the past few years. With increased production, IR is now planning to focus on exports of rolling stock.

Technological initiatives are also under way to improve the productivity of manufacturing units. The MCF is the first coach manufacturing facility in the country to be Industry 4.0 compliant and has International Railway Industry Standard certification that allows it to export products. Besides, advanced technologies such as artificial intelligence, big data and internet of things are being used in smart coaches.

Further, IR is also taking a number of green initiatives to ensure sustainability of rail operations. As compared to other modes of transport, railway is considered to be the most environment-friendly mode of mass transportation. It is three times more efficient as far as passenger transportation is concerned and 12 times more efficient with respect to freight transportation (in terms of its carbon footprint). In fact, IR is the only organisation in the world to earmark 1 per cent of its funds for environmental sustainability. As part of its green initiatives, two stations – Secunderabad and Jaipur – have obtained platinum certification and 15 stations have obtained green certification. IR is also getting its workshops certified – the MCF is platinum certified and the ICF and Diesel Locomotive Works (Varanasi) are gold certified. About 40 workshops have various levels of green certification.

Moreover, IR is framing a dedicated green procurement policy. Besides, the Coach Mitra application has been developed to enable passengers to flag issues relating to cleanliness, provision of water, linen quality and electrical fittings on trains. This application covers more than 1,000 trains operated by IR. The system automatically generates an alert which is sent to the on-board housekeeping staff or the concerned depot for immediate action. In case the complaint is not addressed within a stipulated time frame, it is escalated to the next level in the hierarchy. As per the latest available estimates, about 65 per cent of the cleanliness-related complaints are being addressed within half an hour of registration of the complaint.

Bio-toilets is another unique initiative

taken by IR, which successfully completed the installation of bio-toilets in 95 per cent of its trains across the entire network. The national transporter has also developed a new technology in collaboration with the Research Design and Standards Organisation – the bio-cum-

vacuum toilets. Soon, train coaches will be equipped with new bio-vacuum toilets. Last, but not the least, IR is working towards obtaining ISO 14000 and GreenCo certifications. Third-party audits are also being carried out in passenger interface areas.

IR released the Stations Cleanliness Survey Report 2019 On October 2, 2019. The survey is a cleanliness assessment of suburban and non-suburban stations. It covered 720 stations and suburban stations. In addition, many initiatives are being taken to harness solar and alternative energy sources to reduce IR’s dependence on conventional power.