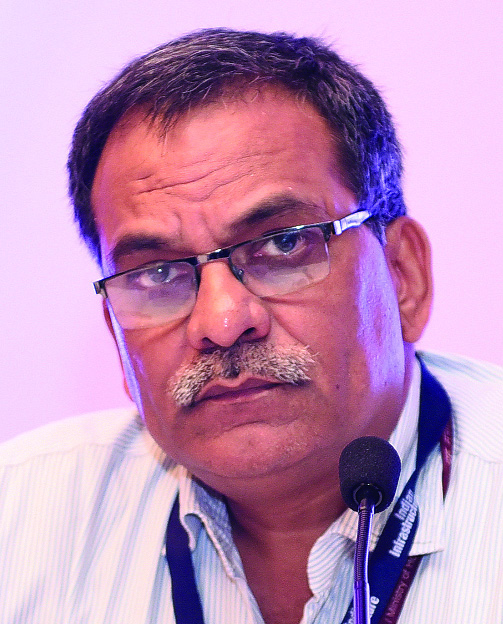 The road sector has witnessed a sea change over the past decade. The launch of the Bharatmala programme has further heightened activity levels in the sector, both in terms of award as well as execution of projects. The current construction rate of national highways is about 30 km per day and this is expected to continue for the next five-six years in order to meet the targets set under the programme. At a recent India Infrastructure conference on “Green Roads for India – An Initiative towards Swachh Bharat”,

The primary aim of Bharatmala is the development and improvement of the national highways network through a corridor-based approach. While this approach was followed for Phases I and II of the National Highways Development Programme (NHDP), corridors were subdivided into projects under Phases III and IV of the NHDP. Bharatmala, covering a total length of around 65,000 km, was planned to be implemented in phases. Phase I of the programme (24,800 km) is expected to be completed by 2022. The programme has been divided into six components – economic corridors, inter-corridor and feeder routes, national corridor efficiency improvement, border and international connectivity roads, coastal and port connectivity roads, and expressways. In addition, the completion of the balance works of the NHDP also comes under the purview of the programme. The most important category under Bharatmala is economic corridors, which connect the points that are either the origin or destination of freight movement. In order to identify greenfield corridors, a life cycle cost analysis was conducted wherein the cost of land acquisition, utility shifting, removal of structures, vehicle operation and road construction was considered. These corridors usually pass through areas that are not well connected. While the greenfield corridors will entail the acquisition of twice the amount of land as compared to existing alignments, the cost of land under the former will be much lower.

The use of various alternative materials for the construction of roads is being increasingly encouraged and promoted. The Ministry of Road Transport and Highways (MoRTH) has developed certain specifications and standards to allow the use of alternative materials for road construction. Among these, bitumen, geosynthetics and plastic waste have generated the maximum interest.

The MoRTH mandated the use of bitumen and modified bitumen in the construction of flexible pavements in August 2018. More than 90 per cent of the bitumen produced in the country is utilised in the construction of roads and the remaining in the aviation sector and the waterproofing segment. Owing to the recent surge in cement prices, bitumen is expected to remain the dominant construction material in the road sector. Of the 18,000-19,000 km of roads awarded since 2014-15, around 9,000 km are bituminous roads.

Geosynthetics too are extensively used in the construction of roads and highways. Geotextiles, geogrids and geocomposites provide a sustainable option for pavement stabilisation. In July 2018, the MoRTH issued guidelines to further promote the use of geosynthetics in road construction. Under the guidelines, state governments have been advised to include various types of geosynthetics in their schedule of rates so that the estimated cost of the project including geosynthetics can be worked out. In addition, NHAI has carried out a study with the Indian Institute of Technology, Hyderabad, for the use of geotextiles in pavement construction.

NHAI has also adopted the concept of perpetual pavements in a few road projects. Perpetual pavements are designed in such a way that structural distresses occur only on the surface where they are easily remedied. In addition, the authority is also working towards making the pavement design process more mechanistic. Such pavement design is expected to increase the confidence in pavement design and its performance prediction, even when a new construction material is used.

In sum, although NHAI has taken several initiatives to promote the use of alternative materials and pavement designs for road projects, much still remains to be done.